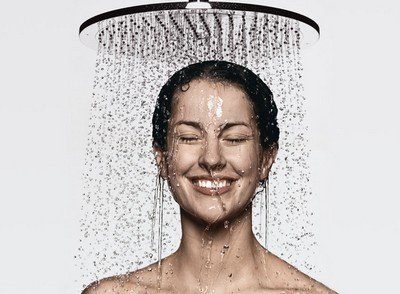 We looked into the everlasting bath versus shower debate, which will continue to be a subject of debate for as long as these two methods of washing remain available. Yes! Forever!

It seemed to us that the overriding factor which most people would start out from when thinking about this, would be to ask themselves whether it is better to take a bath or a shower, from the point of view of health. So, when considering taking a bath vs shower it is worth asking whether they are equally hygienic, and whether a person is cleaner after one or the other.

If there is no appreciable difference to prefer a bath vs a shower, on the grounds of health, we suggest that the next decider for most people would be the cost, assuming that both are equally enjoyable.

Finally, we discuss the fact the many people just like one or the other, so they choose to decide on their actions in the bath vs shower debate, purely on which they enjoy the most. There is nothing wrong with that!

In the end most people understand that it isn’t really a question of bath vs shower most of the time, and they will vary their choice between the bath, and the shower if they have the luxury of possessing both in their home, even maybe a luxury walk in shower.

Baths are great when you have the time to relax in one, whereas a shower is a quick way to get clean when time is short. And, a bath need not use any more than a shower for those that are frugal and own a bath with a shower fitting above it. Simpy run the shower with the plug-in, as an experiment for the time which you would take to complete a normal shower (for example – just take a shower with the plug inserted!). Once the time is up, make a mental note of the depth and in future bathe each time in that much water.

We base much of our discussion on what others have said, and provide links to the web pages where they said them:

Bath vs Shower – Cleanliness and Hygiene

Generally most people will say a shower is more hygienic as any dirt is washed down the drain, rather than staying with you in your bath water. But, there is no solid research condemning baths as a breeding ground of dirt and disease.

The bottom line is that it does not really make that much of a difference. Washing every day is the most important issue, so whatever your preference is, go with it.

If you like a bath, then have a bath, if you prefer to take a shower, then take a shower. Just make sure your shower is clean. via Refinery29.com

While it’s true that power showers can use more water than a bath, most showers use significantly less water than baths.

According to a recent UK study, the average eight-minute shower used 62 litres of hot water, and some power showers can use up to 136 litres, compared with an average bath’s 80 litres.

Research done by Waterwise (UK) shows that a “Waterwise shower” – getting the job done in four minutes under a water-efficient showerhead – uses just 32 litres. As well, new aerated, regulated or optimised showers can give the feel of a power shower without the wastage. Even four minutes under a water-inefficient power shower is still more “waterwise” than the average bath.

And, using less water in the bathroom isn’t just about the environment – there is a strong link between the hot water you use and the size of your energy bill. From the dishwasher to the bathtub, saving water saves money.

Regardless of whether you choose to shower or bath, there are simple ways to save yourself time, water and money.

Jacob Tompkins Managing Director, Waterwise “The energy associated with heating water in the home is about 5 per cent of UK CO2 emissions and it’s around a quarter of energy bills. That‟s a big piece of our carbon footprint, and a big chunk of household bills.”

“Switching from baths to showers generally saves water, as long as you‟re not installing a massive power shower with a pump on”

“Most people can enjoy a nice hot shower and get clean in 5 minutes. Any more time than that and it’s time and money going down the drain.”  via www.waterwise.org.uk

Source : bathtubdo.comBut let’s get to the real heart of this issue: the “sitting in your own filth” thing. People are really concerned about this! It seems to be a big part of why baths aren’t more popular, and I can see why it might be off-putting.

“Listen, most of us in this country are bathing daily or every other day. Most of us are not all that dirty,” said Bernard Cohen, a professor of paediatric dermatology at Johns Hopkins.

“Honestly I don’t think it makes that much difference” whether you take a bath or a shower, Cohen adds:

A morning bath is a quick respite before the day charges on.

Dermatology aside, Cohen hit on what I think is the most compelling part of baths:

“Psychologically, a bath with an old-fashioned newspaper seems like the way to go!”

He was laughing about the premise of this article as he said that, but still. My daily bath isn’t an hour-long meditation on the state of my life, but it’s definitely enjoyable and calming—a quick respite before the day charges on. I can lounge, read, watch some TV on my computer (which sits on the closed toilet), or just do some free thinking. via Slate.Com 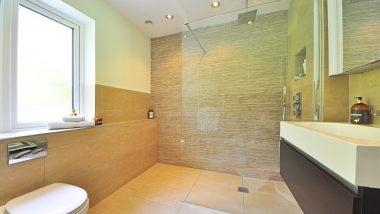