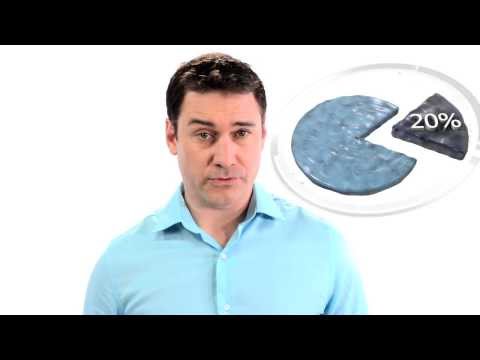 It makes so much sense that saving water means saving money, and we are here to show you some simple tips on how you can improve your water use at home and at work.

This is the big energy saving which can reduce the costs of hot water for a changing room with shower facilities. These are typically found in many large businesses and recreational facilities.

For business which provide these facilities for their staff, we’ve estimated that each of these showers will run ten times per day. Now that equates to over 12,500 showers across the year. And that’s just for this changing room alone. We tested two different types of shower heads in our cubicles – and I’m going to run them both for exactly one minute while capturing the water, to show you the real difference.

I’m collecting in a green bucket and it’s a typical shower head with no water saving device.

Shower 2, I’m collecting in a blue bucket and it’s a low-flow water saving shower head. Okay, let’s look at the results – Shower 1 – that filled the green bucket – was an inefficient shower head and you can see it’s used 19 litres of water in one minute.

Whereas Shower 2 – that filled the blue bucket – is a modern, low-flow shower head and it’s used only 9 litres – less than half of the other shower head.

Going back to our estimation of around 12,500 showers, every year in this change room, we can see very clearly that the potential savings are huge.

The total is a whopping million litres vs just over half a million litres – a difference of 625,000 litres. That represents enough water to fill around 12 average size backyard swimming pools. Now that’s a staggering amount of water saved! The payback period for moving to water efficient showers normally is less than a year – it’s that easy to be waterwise and save money while you’re at it.

Did you know that the average person uses about 20% of their total daily water use for showering and bathing?

Fortunately there are easy changes you can make to greatly reduce your water consumption. A great way to save water is to replace your old shower head with a high efficiency shower head.

A  be at least 20% more efficient then the standard product without compromising performance. So look for this label when shopping for a low flow shower head.

Choosing to take a shower over a bath is also a great way to save on water use as the average shower uses a lot less water. You can also gain further benefits by keeping showers to 5 minutes or less.

The shorter your shower, the less water you are going to use. Pretty simple, right? Well the math is simple. By reducing the amount of water used during your shower, you’re also reducing the demand on your water heater, which saves energy.

You may also find the following article useful: How to Fix a leaky Shower Head 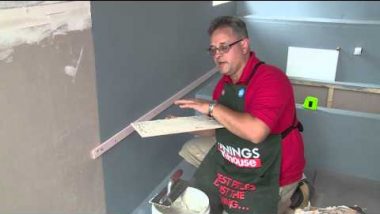 How To Tile A Bathroom – DIY for Shrewsbury and Salop