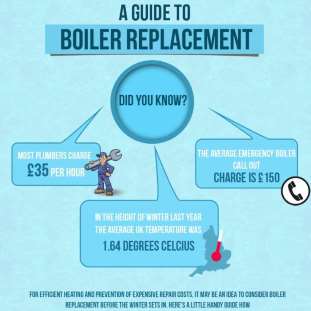 Quite often, the unsung hero of any home is the domestic boiler. It plays an almost invisible role in our lives, producing hot water and heating on demand, whenever we need it. They come in all shapes and sizes, some even sporting hi-tech interfaces that can communicate with you through an app on your phone. However, it still remains one of those functional areas of the household that we regularly take for granted – that is, until something goes wrong. If you’ve ever suffered the misfortune of having to endure a wintery evening without warm radiators or a choice of water temperatures, you’ll soon develop a newfound respect for these unassuming metal boxes that live in the airing cupboard.

Top Northwest gas & plumbing expert, Danny Heald, from Heald Services understands the panic caused when the boiler suddenly goes on the blink. “Usually most boilers are relatively simple to fix depending on the age of the appliance and how well it has been serviced. What we would normally do is give people a three point checklist just before they call out the engineer – which would be: Is there power to the appliance, has the fuse spur been knocked off? This can especially happen when the boiler’s installed in a confined space, such as an airing cupboard.

Also, we would also ask:

The biggest problem we do have is with older appliances when they break down, if manufacturers no longer supply parts for that boiler, even the most simple mechanical repair can result in replacing that appliance.”

When considering boiler replacement, there are many options on the market, which at first glance can seem overwhelming.

But, if your boiler does need replacing, in reality you only have three different types to choose from. Number one. Conventional boilers have a traditional heating mechanism and a separate cylinder to store the hot water. They need a cold water tank in the loft to refill the cylinder and also another tank to help maintain the pressure in the radiators. They’re good if you have frequently used, multiple bathrooms or an older style radiator system requiring low water pressure.

Number two. System boilers, on the other hand, are a more modern alternative, combining more of the heating components within the boiler itself. They still require a cylinder to store hot water but you can choose a pressurised cylinder which eradicates the need for separate cold water tanks. Number three. The biggest space savers are the Combi type boiles. They don’t require any separate tanks as they take their water supply directly from the mains supply and provide almost unlimited instant hot water.

The downside, however, is that they can struggle with large or high demand households so tend to suit smaller properties and apartments. They can also be expensive to install if you’re converting from an older system. The boiler that’s right for you really depends on your situation and your budget. “The cheapest option would be a like for like swap as this just involves changing one boiler for the new unit. Prices for such systems from between £1800 to £3000. Er, a modern ‘system’ boiler and pressurised cylinder would be the ideal choice for a larger dwelling with multiple bathrooms and high hot water demand. Prices for this type of system range from around £5000 to state of the art systems like this behind me, being onwards and upwards on £15,000.”

The other factor to consider is the impact a boilers quality and condition can have when listing a property for sale on the market.

Most buyers, when viewing properties, will usually make some kind of enquiry as to the state of the current boiler. “It’s question we get asked time and time again from people viewing properties and there are good reasons for that, with the cost of replacing a boiler or a central heating system potentially running into the thousands. Many people view the good working order of the boiler and the central heating system, er, to be a good general measure of how well the property has been looked after by the current owners.

Most people will take those costs into consideration when making an offer on a property and so as an estate agent we think it’s always worthwhile having your boiler serviced prior to listing the property and of course sharing that service history with us. Obviously, having a brand new boiler or central heating system can also be a great selling point.

If you’re a buyer and you’ve got any concerns about the costs of repairing or replacing the heating system, don’t forget to raise those with your agent.” We’re always here to help and we have access to a whole network of high quality local experts who can give you the best advice for any situation that could occur with the boiler or heating system.

You may also find our article here interesting. It’s about boiler maintenance and replacement.

Choosing a Boiler for your home is not difficult. The following list are features that you may want to look for when buying your Boiler.

1. What type of Boiler do you want? Will it be Gas or Electric?

A gas Boiler is always more affordable to use than the electric Boiler where gas is readily available. On the downside, burning fuel generates fumes. In well-maintained gas Boilers, the fumes generated are enclosed in the heat exchanger and then exit the house through an exhaust vent.

Remember, a gas Boiler should be checked by a certified Gas-Safe professional once a year. A plumbing and heating engineer should check the Boiler for penetrations, leaks or cracks. At worst a break or crack in the boiler body may let carbon monoxide escape and seep into the rooms around it.

2. The Quality of the Boiler

The quality of the boiler determines how long and how well it will perform. Choosing a brand of boiler that has a history of quality and reliability can be less costly in the long run. Ask your contractor about which brand will be optimal for your needs. A free estimate for the purchase and installation are available in some companies.

3. The Efficiency of the Boiler

The efficiency of gas boilers are determined by the AFUE or Annual Fuel Utilization Efficiency ratings. The AFUE rating identifies how efficiently is the fuel being consumed. In most cases, a higher AFUE rating means it takes less fuel to heat your home.

Gas Boilers with higher ratings cost more than those with lower ratings but may save you more money down the road. A minimum rating of 78% is established by the government in the 1990s. Many boilers have an efficiency rating of about 60% prior to 1992.

a. The Mid-Efficiency Boilers

b. The High-Efficiency Boilers

The high-efficiency boilers are also known as ‘condensing Boilers’ or ‘sealed combustion boilers’. The high-efficiency Boilers has an AFUE rating as high as 96%. Some Boilers use a two-stage valve and an efficient variable-speed motor to raise comfort and effectiveness.

4. The Comfort Features of Boilers

a. The features of the two-speed Boiler

The Boiler can function at low speed for most of the time. It allows for a more quieter operation for a longer amount of time compared to a ‘single-speed Boiler’. The longer run periods allow for fewer start/stop cycles, less drafts, and very little temperature variance.

b. The features of variable-capacity Boilers

Boilers with variable capacity provide a combination of efficiency and comfort. A variable-capacity boiler has a motor that regulates your needs by automatically adjusting air volume and speed. The var-cap Boiler provides the most efficient heating and cooling.

A fan comes with the var-cap Boiler. The fan will reduce your cost during summer. If the fan is used throughout summer, the central air conditioning unit increases in efficiency.

Unfortunately, all boilers do not come with a standard rating system for sound unlike heat pumps and air conditioners. Although, two-speed units and var-cap units generally operate at a low noise levels.

The two-speed and var-cap Boilers run for longer periods and lower sounds than the standard unit. Certain var-cap units has features that prevent ‘creaking’ of the ducts due to expansion and contraction caused by changing temperature. The temperature differential is reduced so that the creaking noise is also almost eliminated. Copied with permission from: http://plrplr.com 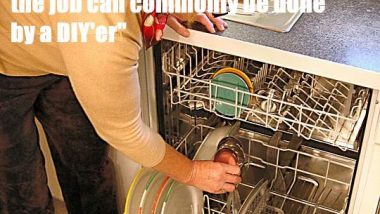 How to Install a Dishwasher – Plumber Not Needed! 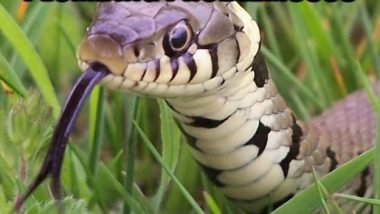 How to Find a Great Affordable Shropshire Plumber